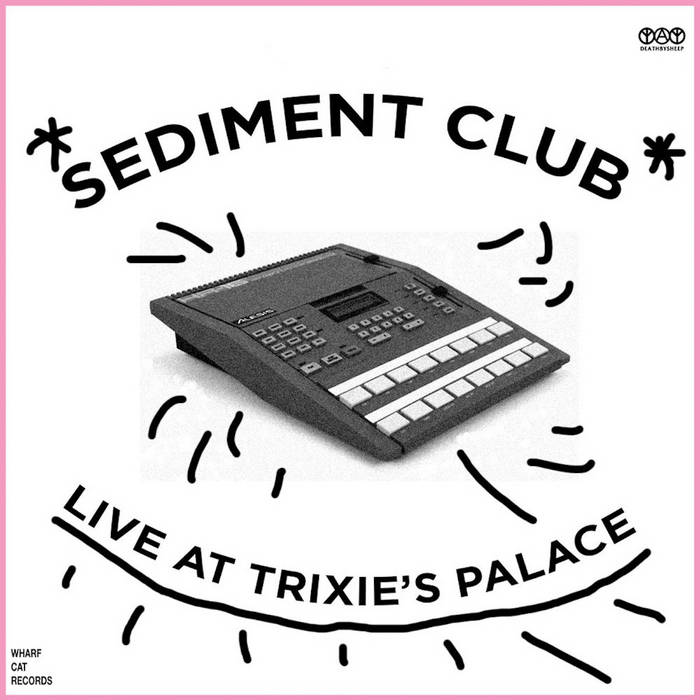 The Sediment Club - Live at Trixie's
On a cold night in January 2018, shortly before the start of a Sediment Club east coast/New England tour, drummer Jackie leapt from a balcony at a crowded, if unenthusiastic show at Secret Project Robot. In a cruel mimicry of his heritage the seemingly wall to wall packed audience parted before him like the Red Sea and he fell 10 feet directly to his elbow, shattering his olecranon in three pieces.

Sediment club, a group familiar to fractures of all kinds, were undeterred. Bassist Lazar Bozic, guitarist Austin Julian, and a drum machine hurriedly programmed by Jackie in the days before the tour (fondly known as the "Jack-in-the-Box") left for their tour as planned. Throughout the week loyal fans and friends gathered to watch the two-legged tripod stumble into shows from Portland, Maine to Richmond, Virginia. Finally able to heed cries of "turn down the drums!", Sediment Club (is it still a Club if there are only two members??) played all of the seven shows as planned to pleasantly surprised audiences.

This recording by Michael Passarini is from their show in Allston on February 28th 2018 alongside friends New England Patriots and Thighs.