I SURVIVED THE BLACKOUT 2003

from DEATH BY SHEEP RECORDS 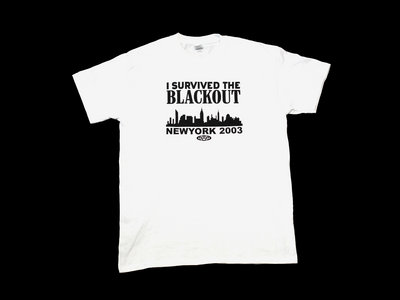 On August 14, 2003, tree branches interfered with power lines in Ohio, causing a massive chain reaction that would knock out power for 60 million people
The outage affected New York, Cleveland, Detroit, Toronto, and Ottawa
While most areas had their power restored within a few hours, it took about 30 hours for officials to reconnect New York City to the grid
Images from that day show masses of commuters walking across the East River crossings, stranded subway riders being rescued inside tunnels, and people sleeping on the sidewalks

Includes unlimited streaming of JESTER via the free Bandcamp app, plus high-quality download in MP3, FLAC and more.